We Change the World, by Changing Our Own. 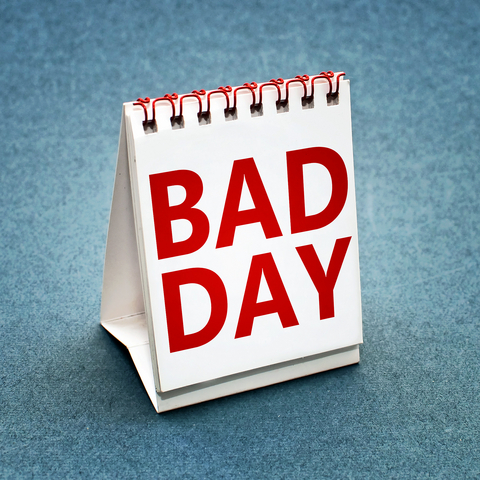 Bad days are just like commercials; they annoy everybody but eventually they go away.

Don’t you hate it when something goes wrong and someone says ‘everything happens for a reason’?

Yes they’re right – but it’s not what I need to hear in that moment.

The focus is largely always on the positive side of life, as if that’s the constant normal state that exists. The ‘bad days’ are neatly forgotten or ignored when they are an important part of our lives.

How do you generally feel about negativity or the ‘bad days’ you have? Most of us try and push through or suppress them and pretend everything’s ‘fine’. Get on with it, so to speak.

I know what you thinking – do I really need to have bad days?

Welcome to the cycles of your life.

Point number one: Every bad experience is always followed by a good one. And visa versa.

You might still be asking ‘Yeah but do I really need to experience the bad??

If happiness was just dished out willy nilly no one would appreciate it. Just look at this planet we’ve been given: pollution and abuse run rampant.

Think of someone who just gives their children whatever they want whenever they want. On a scale of 1-10 rate how highly those kids appreciate what they have… or are they always asking for the next thing?

Life becomes easier when we accept there are going to be bad days; maybe weeks (Anything longer than that and deeper questions need to be asked – nobody is supposed to have sustained misery)

I’d like to offer you my tip when these bad days roll in.

Embrace them. Don’t fight it. If it becomes the absolute worst day ever, let it. Swear at the world if you have to. Curse everything and everybody out of frustration. Be the spoilt toddler that isn’t getting their ice cream.

It’s like doing a controlled burn so you don’t have a runaway fire later on.

Deep down you know it’s not going to last and that when the sun shines tomorrow it will be better (even if its just a tiny bit) Allow yourself to feel what its like to be down, depressed, angry, hopeless, fearful and disillusioned.

You give yourself such a hard time when these days occur and feel you should push it down; put on a brave face and soldier on. Tell everyone how ‘amazing’ life is while secretly dying a slow death inside. I’ve even told a friend to rent ‘Schindler’s List’ just so she could cry even more and really release everything that was bottled up inside. (It worked by the way)

By embracing these days you allow yourself to move on quicker. All the while moving forward with less baggage. We’re ‘human beings’ not ‘human nofeelings’.

What have I learnt by doing this when others are having a bad day?

Too often we try (and I’ve been guilty of this too many times) and jump into solution mode. When actually maybe all they need is an empathetic ear to listen. I’ll never forget my mom telling me ‘a problem shared is a problem halved’.

Just remember there’s a difference between sharing and whining; this isn’t about having a pity party and bemoaning how tough your life is – because then the next question coming your way is: ‘okay, so what are you going to do about it?’

You have all the strength and power within you. Believe in that. Empower yourself when times are good so that you know you can make it through the bad ones.

You going to have another bad day. Make peace with that, and don’t get stuck thinking that it’s going to last forever. Who knows – maybe there’s a lesson in those days that will change your life forever.

You’re allowed bad days, so don’t be so hard on yourself when the next one rolls around. One magical thing this mind-set allows you is perspective; it allows you to look deeper at what is happening and why.

After all; everything that happens to us is based on a decision we’ve made at some point.

You open your mouth to say something, perhaps challenge someone; but instead you gingerly close it shut.

We’ve all had these moments.

There’s a saying that says ‘he who is silent, agrees’.

Worth keeping that in mind for next time.

From snide racist remarks to men being sexist; I can’t tell you how many times I’ve sat idly by while someone mouths off about something I strongly disagree with.

I didn’t want to make it awkward at the dinner table or even worse – offend them.

The problem is, not only are you going against yourself and creating an internal dialogue that your opinion isn’t worthy; but whomever is doing the spewing will keep on doing it.

We need to be having more courageous conversations. A term a coach of mine, Simon Ekin (author of ‘The art of courage’) has coined for his new workshops. At my first one, I was inspired by the others who shared their stories of being courageous in every day conversation – and even speaking first at a ‘SaveSA’ forum with some of South Africa’s top minds.

I get the feeling that our society is in the grip of their own downward negative spiral and allow external forces, outside of their control, to affect their lives. And yet, when it comes to things they can change, they shy away.

Changing South Africa doesn’t need massive action – if every individual makes small changes, these added up collectively have a massive impact on society.

Simple case in point, I hike with a bag now because there’s rubbish on our mountains. It’s quite easy to fill a bag in forty minutes, especially on the more popular routes like Lions Head. Biggest culprits are smokers, there are hundereds of butts littering the beautiful landscape. Now imagine if each person who carelessly throws their rubbish down simply kept it in their pocket or bag until reaching the dustbin at the bottom?

If we don’t speak up they’ll just continue to do it.

We have two great challenges in life:

Having the courage to use your voice doesn’t mean simply arguing for the sake of it or challenging everything people do because you can. It means when someone’s clearly doing you, others or the environment harm – you take a stand.

Courage is speaking to your partner about what’s not working to fix it and avoid divorce; instead of quietly hoping it gets better and get divorced anyway.

Courage is speaking out against a video of an idiot pulling women’s tops down while being filmed under the guise of ‘pranks’; instead of saying nothing at all.

Courage means being honest with friends and family if their behavior is not a positive influence anymore.

Courage is challenging an antiquated racist mindset and getting to the root of their fears and ending the cycle of projection.

This means opening yourself up to criticism, ridicule and gossip. But you know what? I heard this from JT Foxx and I loved it: If people are talking about you behind your back – it’s because they’re behind you.

We fuel problems by constantly talking about them. If you break that cycle and focus on the positive things around us – how dramatically would this world change?

More importantly: how would your world change?

I attended a finincial education workshop for Non Profit Organsiations hosted by the Sustainable Development Network. What a privilege to be in a room with twenty six individuals who’s work is all about make other people’s lives better.

It was a double edged sword – one side I was inspired by what great work is being done in this country; but on the other dismayed that for the most part, goes unheard. Because “good news” doesn’t sell? Bullshit.

It’s because you and I are not asking the right questions about our country, our cities, our communities.

I feel it with my friends and the interactions I have at workshops Simon runs (worth getting hold of him to discuss) and nights like PechKucha (Japanese for chit chat) where anyone can share their passions and work they do. Starting courageous conversations. And this is happening in over 900 cities around the world.

We can change the world – you and I – let’s build on all the amazing work already being done.

All it takes is one decision. I hope you make it today 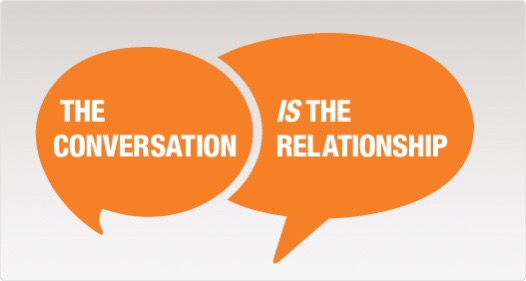